High on a lush, steep hillside covered with coffee trees, a picker carries a heavy bag filled with a long day’s work. The bag contains ripe, red coffee cherries. Months from now, the beans from today’s harvest could be the very beans you purchase at your favorite store. Between the time he picks them and you purchase them, the beans will have gone through a multistep process like this:

A coffee bean is actually a seed. When dried, roasted and ground, it is used to brew coffee. But if the seed is not processed, it can be planted and will grow into a coffee tree. Coffee seeds are generally planted in large beds in shaded nurseries. After sprouting, the seedlings are removed from the seed bed to be planted in individual pots in carefully formulated soils. They will be watered frequently and shaded from bright sunlight until they are hearty enough to be permanently planted. Planting often takes place during the wet season, so that the soil around the young trees remains moist while the roots become firmly established.

Depending on the variety, it will take approximately 3 or 4 years for the newly planted coffee trees to begin to bear fruit. The fruit, called the coffee cherry, turns a bright, deep red when it is ripe and ready to be harvested. In most countries, the coffee crop is picked by hand, a labor-intensive and difficult process, though in places like Brazil, where the landscape is relatively flat and the coffee fields immense, the process has been mechanized. Whether picked by hand or by machine, all coffee is harvested in one of two ways: Strip Picked – the entire crop is harvested at one time. This can either be done by machine or by hand. In either case, all of the cherries are stripped off of the branch at one time. Selectively Picked – only the ripe cherries are harvested and they are picked individually by hand. Pickers rotate among the trees every 8 – 10 days, choosing only the cherries, which are at the peak of ripeness. Because this kind of harvest is labor intensive, and thus more costly, it is used primarily to harvest the finer Arabica beans.In most coffee-growing countries, there is one major harvest a year; though in countries like Colombia, where there are two flowerings a year, there is a main and secondary crop. A good picker averages approximately 100 to 200 pounds of coffee cherry a day, which will produce 20 to 40 pounds of coffee beans. At the end of a day of picking, each worker’s harvest is carefully weighed and each picker is paid on the merit of his or her work. The day’s harvest is then combined and transported to the processing plant.

Once the coffee has been picked, processing must begin as quickly as possible to prevent spoilage. Depending on location and local resources, coffee is processed in one of two ways. The Dry Method This is the age-old method of processing coffee and is still used in many countries where water resources are limited. The freshly picked cherries are simply spread out on huge surfaces to dry in the sun. In order to prevent the cherries from spoiling, they are raked and turned throughout the day, then covered at night, or if it rains, to prevent them from getting wet. Depending on the weather, this process might continue for several weeks for each batch of coffee. When the moisture content of the cherries drops to 11 percent, the dried cherries are moved to warehouses where they are stored The Wet Method In wet method processing, the pulp is removed from the coffee cherry after harvesting and the bean is dried with only the parchment skin left on. There are several actual steps involved. First, the freshly harvested cherries are passed through a pulping machine where the skin and pulp is separated from the bean. The pulp is washed away with water, usually to be dried and used as mulch. The beans are separated by weight as they are conveyed through water channels, the lighter beans floating to the top, while the heavier, ripe beans sink to the bottom. Next they are passed through a series of rotating drums, which separate them by size. After separation, the beans are transported to large, water-filled fermentation tanks. Depending on a combination of factors — such as the condition of the beans, the climate and the altitude — they will remain in these tanks for anywhere from 12 to 48 hours. The purpose of this process is to remove the slick layer of mucilage (called the parenchyma) that is still attached to the parchment; while resting in the tanks, naturally occurring enzymes will cause this layer to dissolve. When fermentation is complete the beans will feel rough, rather than slick, to the touch. At that precise moment, the beans are rinsed by being sent through additional water channels. They are then ready for drying.

If the beans have been processed by the wet method, the pulped and fermented beans must now be dried to approximately 11 percent moisture to properly prepare them for storage. These beans, still encased inside the parchment envelope (the endocarp), can be sun dried by spreading them on drying tables or floors, where they are turned regularly, or they can be machine dried in large tumblers. Once dried, these beans, referred to as ‘parchment coffee,’ are warehoused in sisal or jute bags until they are readied for export.

Before it is exported, parchment coffee is processed in the following manner:

This is an optional process in which any silver skin that remains on the beans after hulling is removed in a polishing machine. While polished beans are considered superior to unpolished ones, in reality there is little difference between the two.

Before being exported, the coffee beans will be even more precisely sorted by size and weight. They will also be closely evaluated for color flaws or other imperfections.Typically, the bean size is represented on a scale of 10 to 20. The number represents the size of a round hole’s diameter in terms of 1/64’s of an inch. A number 10 bean would be the approximate size of a hole in a diameter of 10/64 of an inch and a number 15 bean, 15/64 of an inch. Beans are sized by being passed through a series of different sized screens. They are also sorted pneumatically by using an air jet to separate heavy from light beans.Next defective beans are removed. Though this process can be accomplished by sophisticated machines, in many countries, it is done by hand while the beans move along an electronic conveyor belt. Beans of unsatisfactory size, color, or that are otherwise unacceptable, are removed. This might include over-fermented beans, those with insect damage or that are unhulled. In many countries, this process is done both by machine and hand, insuring that only the finest quality coffee beans are exported

The milled beans, now referred to as ‘green coffee,’ are ready to be loaded onto ships for transport to the importing country. Green coffee is shipped in either jute or sisal bags which are loaded into shipping containers, or it is bulk shipped inside plastic-lined containers. Approximately seven million tons of green coffee is produced worldwide each year.7.

At every stage of its production, coffee is repeatedly tested for quality and taste. This process is referred to as ‘cupping’ and usually takes place in a room specifically designed to facilitate the process. First, the taster — usually called the cupper — carefully evaluates the beans for their overall visual quality. The beans are then roasted in a small laboratory roaster, immediately ground and infused in boiling water, the temperature of which is carefully controlled. The cupper “noses” the brew to experience its aroma, an integral step in the evaluation of the coffee’s quality. After letting the coffee rest for several minutes, the cupper “breaks the crust” by pushing aside the grounds at the top of the cup. Again the coffee is nosed before the tasting begins. To taste the coffee, the cupper “slurps” a spoonful with a quick inhalation. The objective is to spray the coffee evenly over the cupper’s taste buds, and then “weigh” it before spitting it out. Samples from a variety of batches and different beans are tasted daily. Coffees are not only analyzed this way for their inherent characteristics and flaws, but also for the purpose of blending different beans or determining the proper roast. An expert cupper can taste hundreds of samples of coffee a day and still taste the subtle differences between them.

Roasting transforms green coffee into the aromatic brown beans that we purchase, either whole or already ground, in our favorite stores. Most roasting machines maintain a temperature of about 550 degrees Fahrenheit. The beans are kept moving throughout the entire process to keep them from burning and when they reach an internal temperature of about 400 degrees, they begin to turn brown and the caffeol, or oil, locked inside the beans begins to emerge. This process, called pyrolysis is at the heart of roasting. It is what produces the flavor and aroma of the coffee we drink. When the beans are removed from the roaster, they are immediately cooled either by air or water. Roasting is generally performed in the importing countries because freshly roasted beans must reach the consumer as quickly as possible.

The objective of a proper grind is to get the most flavor in a cup of coffee. How coarse or fine the coffee is ground depends on the method by which the coffee is to be brewed. Generally, the finer the grind the more quickly the coffee should be prepared.

Before you brew your coffee, take a moment to look carefully at the beans. Smell their aroma. Think of the many processes that these beans have gone through since the day they were hand-picked and sorted in their origin country. Consider the long way they have traveled to your kitchen. Prepare your coffee thoughtfully and enjoy it with pleasure. Many people have been instrumental in bringing it to your cup! Source: National Coffee Association

To check out more coffee facts & what we have to offer here at our Urbano Coffee family, please go to: 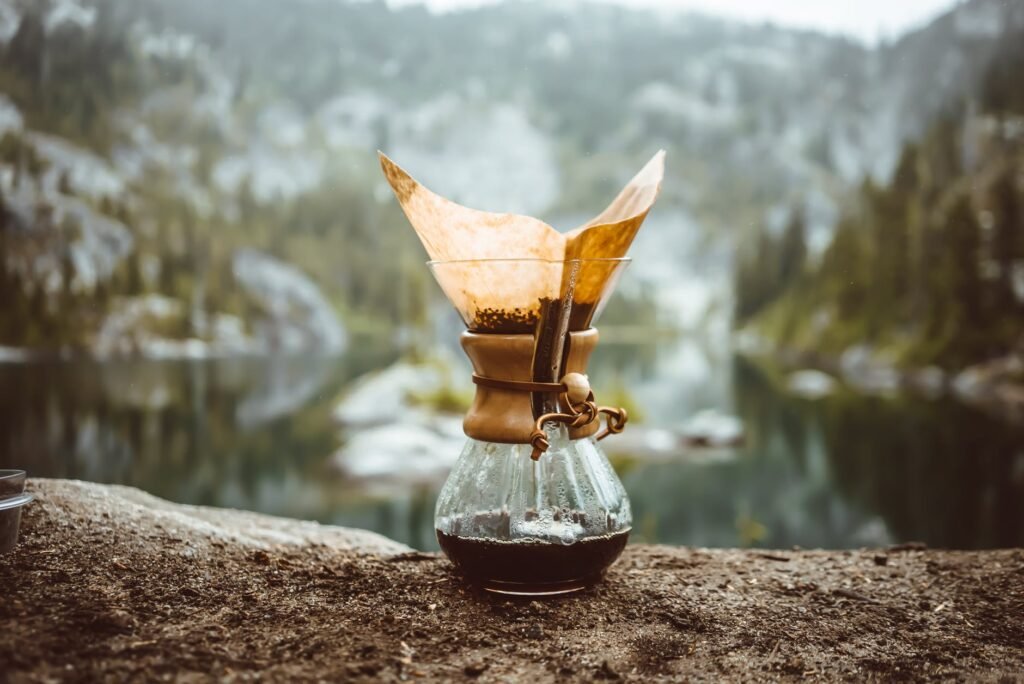 We are working on our Shipping Information